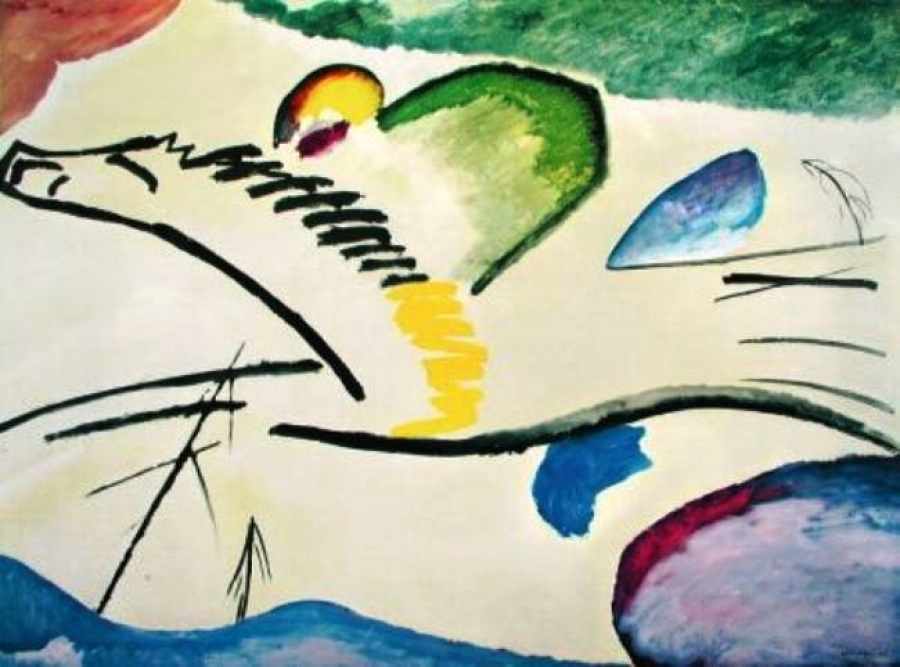 One of the most important, if not the most important transit of the year, is the passage of planet Uranus from the zodiac sign of Aries (where it has been for the past eight years) to the sign of Taurus, on May 15, 2018, where it will remain until 2026.

Planet Uranus is often linked to the concepts of revolution, subversion, the unexpected, the unforeseen but spectacular definitive and undeniable occurence or realisation that one cannot ignore and usually brings about a crisis that ushers in deep and drastical changes in that part of life of a person, which it affects.

At the same time, it is considered inextricably linked to the process of progress and evolution, particularly on the technoscientific and sociopolitical level, as one of the results of its energy is to upset and destabilise what has previously been crystallised and become a convention through the energy of planet Saturn, namely ideas, social systems, specific hierarchies, mastery, tradition, cultural constants, given circumstances on every level, thus spreading the seed of doubt regarding the effectiveness and inability to replace what exists, on the personal, national and international level.

Uranus is moreover always considered involved in all instances of life happening at lighting speed, electrified, after a shock of inspiration or realisation, after a revelation. Therefore it is associated with the concept of “inspiration” which serves to penetrate the insoluble of problems, with the “love at first sight” that makes transcendence possible, with irresisitable impulse, with irreversable collapse, with the spontaneous and unintentional epxressions of violence, anger, opposition, with explosion and with leading persons, nations and cultures towards behaviours that destabilise all stability and leave the agents-spectators astonished.

At the same time, Uranus is considered a synonym for freedom, truth and its tireless pursuit, for the shaking off of every limitation, for the breakage of all bonds at any cost. Its energy, as is the case for all planetary principles, does not aim at alienation or destruction but at promoting the unit or the collectives on their evolutionary path. The difficulty of the average person, nation or of humanity in managing and utilising beneficially the energy of planet Uranus, lies in that personal or collective action is ususally determined by the concept of limited interest, even when planned on the basis of panhuman ideals and the wish for better group relations. When this is the case, namely almost always, Uranus’ energy appears to reduct, destabilise, upset and deny what the person and groups tend to, at least practically, consider their prime terminus, that is comfort, security, normalcy but within constructs of limited range. Uranus always pushes for more inclusive ideas and makes space for their implementation in paradigms that allow for a greater degree of synthesis and the future and final benefit of more/all.

So with this and that, the energy of planet Uranus is found determined as that of the charismatic “rebel” that brings everything upside-down at the blink of an eye in service of an ideal. And in truth, that is the final outcome. However, the real quality of this uranian energy lies far from that simplification.

In esoteric Astrology, planet Uranus is a sacred planet which means that it, as an entity on its own evolutionary course, has reached a specific high level. And it is the only principle in our own solar system to distribute the energy of the seventh ray of creation, that of ritual order and organisation, and central to the present transition of humanity from the age of Pisces to the age of Aquarius.

Two things are noteworthy. First, that a type of energy when distributed by a sacred planet always creates results that promote life, right group relations and synthesis. Second, that seventh ray energy is inextricably linked to the concept of order and organisation on the material level, in reality. Both points initially seem to be at odds with the widely accepted profile of Uranus. It is not so in reality.

The energy of Uranus reveals the prexisting disorder, it does not create it. It brings to light and in consciousness, it makes known and visible a wider, more inclusive and consequently better plan for the personal or collective evolution. When this happens, certain things, people and circumstances suddenly appear in all their glory as dissonant with the new pursuits – the same things, people and circumstances that previously seemed flawlessly incorporated, compatible and in agreement with the up to then data. Hence the suprise that has come to be synonym with the planet’s energy.

Uranus upsets and disturbs nothing whatsoever. It simply widens perception and reveals data and facts that make clear that the standing plan for work, relationship, studies, health, the self etc, is neither the best possible nor as perfect as it seemed. These revelations and realisations are so dynamic and clear, as befits the principle of order and organisation in the solar system, that one cannot go on ignoring the situation which they describe, but is prompted to direct action to remedy it.

In terms of experience, the situation here described is far less clear than it appears on paper. Nevertheless it’s definitely useful to remember that Uranus creates absolutely no chaos, disorder, confusion. The chaos, disorder confusion is created in the personal or collective life by the persons and collectives and already exists as a behaviour, perception, organisation or habit. Uranus’ energy merely uncovers it. It is a prompt to assume responisbility in the personal and collective life, as well as an indication and confirmation that there is a better way and path. For this reason, before anyone condemns and dramatises the results of Uranus’ effect on his life, it would be useful to remeber that what now becomes apparent and perceptible has always been there. The fact that it may now seem undesirable is a sign of progress, evolution and the ability for better things where and when one is disposed to take the chance and make the necessary effort.

Uranus’ transit in the zodiac sign of Taurus turns this revelatory and reorganising energy to the matter of the human and planetary life linked to this sign. As opposed to the fundamentaly ideological, opening, unwarranted and abstract orientation of the sign of Aries, the sign of Taurus has very much to do with stabilisation, the direction of an idea and the spirit toward materialisation, and with the maintenance and management of personal and collective resources. Things that are much more specific and palpable than in the previous eight years.

The imperfections of the financial system and the way the resources of the planet are managed are expected to come dynamically in the forefront. However not in the same manner as over the last eight years, which essentialy made clear the need to conceive a new ideology concerning the way humanity is moving forth. Uranus in Taurus is expected to reveal the partiallity, naivety, irresponsibility, even the folly with wich the persons and collectives have chosen to use what is available on the material level. It will do so by clarifying the partiallity of the choices to date and their catastrophically separative and confrontational potential, thus making a renewal of the stance of men toward material things an urgent reality.

The moves that are taken for the economic and social integration of the EU are comforting and well-adjusted to the energy of Uranus in Taurus, whether it be the banking union, or the establishment of a minister of finance for the EU, or the need to highlight and strenghten its beneficial influence on the social level. Still, the coming eight years are expected to underline all the weaknesses of the planning to date and the conflicts it harbours inasmuch as it may not be a real break from, but a pretext to conserve incontinuities and inequities. And they will do so spectacularly.

Initiatives concerning the better distribution of the planet’s resources, such as eco- and green energy- houses, the numerous ideas for better waste management or for restoring the planet’s flora and fauna equilibrium, as well as the emergence and accelerating momentum of the trend for greater emphasis on life’s essentials and the right of the planetary population to peace and security (naturally with the corresponding reaction: the increasing emphasis on super-consumerism, the inessential and vulgar, the foolish separative provocatory and bullying moves on the global geopolitical chessboard), as well as technology spearheading the effort to make a better way for humanity (eg. with name of the company Tesla entering the daily vocabulary, a company whose focus by the way is electricity one of Uranus’ domains par exellence), all are useful indications of where things may be headed in the next eight years. However, it would be good to remember that the energy distributed by the planetary principles has no positive or negative sign and that ultimately the way it’s used and potential results depend on the agent operating it. To put it simply, on the choices of every person, nation and finally, of humanity, in their respective lives. May our choices be right.