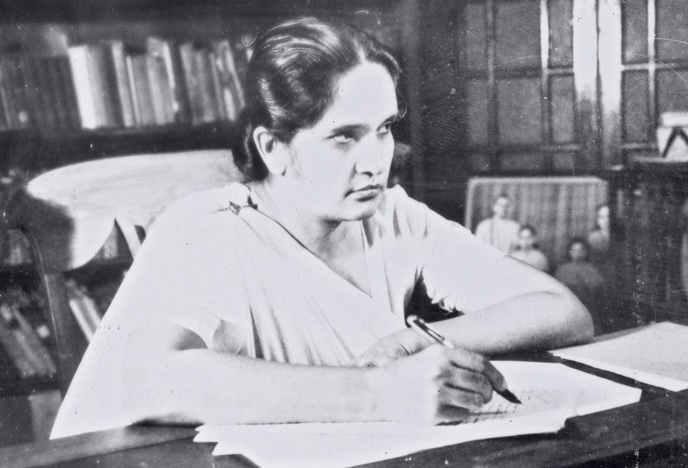 On searching for the “firsts” of Aries women, since innovation and inauguration are the starsign’s main function, I came across some names that are mostly unknown to the general public albeit not being in the least insignificant. The first name is that of Sirimavo Bandaranaike who was the first democratically elected female government leader in the world. She was elected prime minister of Sri Lanka for the first time in 1960 and then for another two terms. The second name is that of Icelandic Vigdís Finnbogadóttir who, in 1980, became the first woman to be elected president of a country. Hers is also the longest term of an elected female state leader as she continued being re-elected to her post for sixteen years.

Aries’ innovation in art is adequately covered. Off the top of my head, come the names of Lady Gaga, Vivien Westwood, Diana Ross, Aretha Franklin, and the list goes on. Back to politics then.

With women remaining a minority in politics even today, it is easy to imagine the atmosphere in this persistently male-dominated domain in the 1980’s and 1960’s. The shock from Bandaranaike’s election is described as such that the press knew not how to address her, while there were comments regarding her “kitchen cabinet”. In her Libran moon’s aspects to Jupiter in Aries and Mars in Leo, can be seen both the germ of popularity and the dynamism that led to leadership.

In her Cancerian Saturn’s aspect to Jupiter may be discerned the status quo despite which she earned her position, and at the same time the “status quo” inside of her, which she never managed to overcome. So, high in the critique of her career’s impact feature familiocracy – due to her habit to assign relatives to positions of influence, as well as her policy’s inadequacy regarding the country’s Hindu Tamil populations, as the compass of her favour pointed to the Buddhist Sinhalese to whom she belonged herself. Maybe the discontent of the status quo peaked in the 1962 coup against her.

Her moon’s aspects to Uranus in Aquarius and Venus in Gemini sketch an intelligent woman with the intention to create better conditions for her country’s citizens and the ability for multitiered policy. As Sri Lanka was undergoing the procedures of transition from colonialism to national government, her task was not easy, but she did not lack vision. She wanted to transform the former British colony of Ceylon to a socialist republic by nationalising organisations in the banking, educational, industrial and MM sectors.

The gravity of the role she was destined to play in her environment as well as the radical changes she was to introduce, are foreshadowed in her Arian Sun and Taurean Mercury’s sextile to her Cancerian Pluto. Bandaranaike became at once harbinger of the new and the destroyer of old forms. Therefore, her political career counts many conflicts – between indigenous populations, youth uprisings, a coup, the stripping of her political rights for a time, the change of the national language. But, she is also credited with great successes in international politics, the nationalisation of a large portion of the country’s resources, action to improve the condition of the poorer populations against the westernised elites, as well as the founding of a ministry for women and children’s issues.

Bandaranaike, with her good intentions, the dubious decisions, the right and erroneous actions, appears in the end as equal parts angel and demon as do maybe most leaders who stand at major precipices. What cannot be denied her is that she was most definitely, a pioneer.

*  Sirimavo Bandaranaike was born on April 17, 1916 in Rathnapura, Sri Lanka. Her time of birth is unknown, hence so is her ascendant.

** The source of the biographical data in this article is Wikipedia.