The progression of the pandemic
and the types of planetary motion 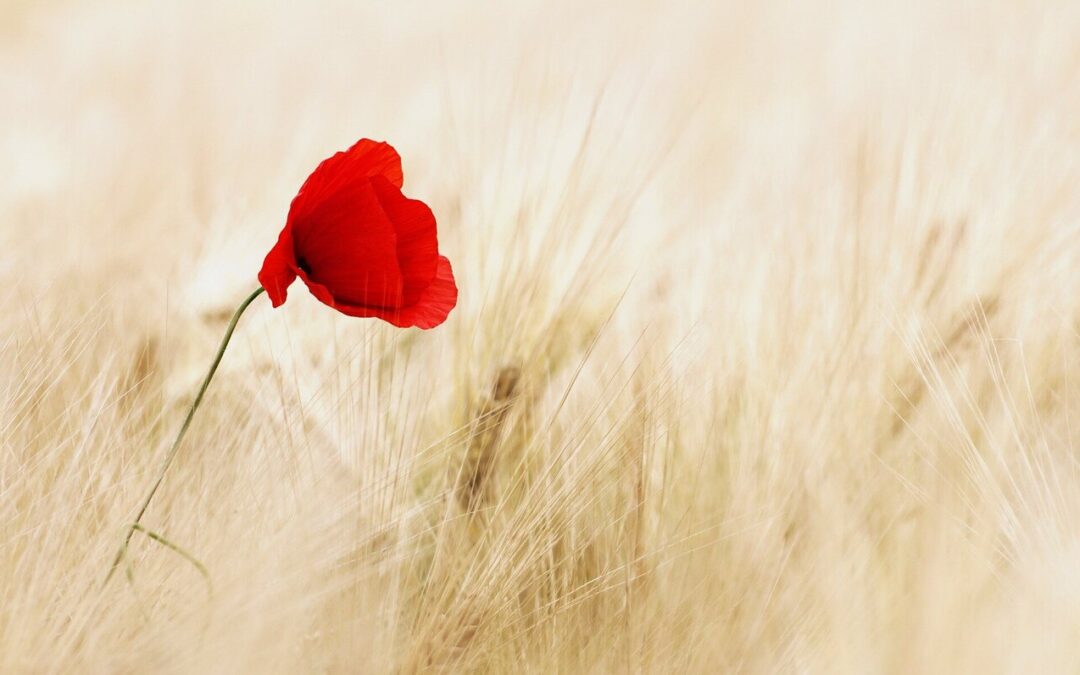 The period of the year that is principally characterized by the retrograde motion of the planets is nearing its end, and this significant differentiation in the manner their energy relates to our planet becomes increasingly felt every day.

When referring to “retrograde motion”, one should do well to remember that the planets don’t suddenly step on the brakes and start moving backwards. They continue their normal motion on their paths. However, the astrology that we study, as well as any other type of research conducted by man, is conducted with the Earth as the epicenter and on its relationship with that which is under examination, when the latter lies beyond the planet we live on.

Hence, the retrograde motion in astrology reflects a shift in the quality of relationship between two energies – of the Earth and planet, as it is sensed and perceived on Earth. It most certainly does not reflect a change in the motion of any planet or the Earth, on their respective paths. Retrograde motion concerns the manner, in which the inhabitants of Earth receive, assimilate, utilize or fail to register and reject an energy emission, in every “here and now”. If we study the astrology of the solar system from the position of the Sun (to the extent we are able to do so and there is much room for humour here) or another planet, our data change significantly.

The appearance of the pandemic

The appearance of the pandemic or better, its identification as such and the acknowledgment of its urgency, as well as the emergence on the scene of the accompanying but preexistent social – political – economical tensions, took place at the beginning of the period associated mostly with the “direct” motion of the outer planets. In 2020, that was from the beginning of January until the beginning of the summer. In these months, several issues presented themselves to humanity’s consciousness. They came to the fore with great intensity, issues which humanity had been allowed to ignore up to then. There were unprecedented negative expressions and correspondingly, unprecedented positive expressions. Humanity was, for some months, intensely alert although seemingly idler than ever. The two are not one and the same.

The period of abatement

Since the end of spring – beginning of summer, the outer planets started entering their retrograde motion phase one by one, and so the manner of reception of their energy on Earth, changed. The periods of retrograde motion are “milder” in terms of energy, if one can use such a term when knowing that energies are omni- and ever present. Let’s say that “milder” expresses the magnitude and number of energies registered by humanity, because they naturally never cease to exist.

As the energy information decreases in intensity and variety, such periods are suitable for assimilation, experimentation and corresponding action, so that adaptation and cooperation with the energies previously perceived, may improve. They resemble the weekend, when one is in school. No need to pay attention to classes taking place but (ideally) revisit the lessons of the previous week and get prepared to move on, on Monday, not from where one left of on Friday, but (again, ideally) with a bit more knowledge, having digested what was taught, so that they may proceed instead of trying to grasp what’s going on in panic.

It cannot be emphasized enough and it needs to be as clear as possible, that when referring to energies with which the planet interacts, there is neither room for personification, nor for anthropocentric expressions of “agendas” and “conspiracies” and such. This is an exchange and relationship on the level of planets, stars and constellations. Given that as humanity we are living on the surface of one of the smallest sized energy sources involved, a planet, the impression that any person or group of persons can do anything other than tune in to these energies, or refuse to do so, and experience the corresponding results in both cases, is seriously off mark. We are all functioning as recipients of the energies reaching the planet and emitted by it, we all perceive and utilize or reject them according to our potential, and we all, collectively and individually, experience the results matching these choices of ours.

The period after summer

From mid-August onward, the outer planets gradually, one by one started returning to a state of “direct” motion. The summer period, that is, of assimilation and preparation, has largely been fruitless, for it was misinterpreted as a reset to a former setting. This is equally as possible as the planets hitting the brakes and starting to move in reverse.

In October, after Pluto and Saturn turned direct in Capricorn, the time of mental experimentation and assimilation for the general public, that’s us, drew to a close. Each can judged for themselves the extent to which there has been some significant or beneficial shit to a more mature, more responsible and adult way of thinking. The main demand was the ability to accept the natural cycles of birth-life-death-rebirth that characterize, besides biological life forms, mental forms, civilisations, organisations etc, and perceive and willingly undertake to play the role we have in all that.

Similarly drew to a close, the period of assimilation and experimentation for the political and financial sectors. That concerns the assimilation and better adaptation to the data presented from January until the summer. Here too, the demand was the same, that is, the acceptance of the natural cycles of the various ideologies and types of organisation, of the present potential and the acknowledgment of the role these sectors can play. Before someone starts to criticize or getting angry with anyone besides themselves or regarding positions and properties they do not have or for professions they are not exercising, they should start with what they are, have and do, because that is the request on the level of the individual.

THE HERE AND NOW AND THE FUTURE POTENTIAL

The most important thing that can be said in the here and now is that the outer planets are not all yet in direct motion. This means there is still room to position ourselves for better cooperation with their energy, even at the eleventh hour, and experience the results of cooperation rather of denial, in the near future.

Specifically, on November 14 2020, Mars in Aries turns direct. Humanity’s anticipated and usual reaction is an explosion of harshness, violence, anger and destruction in every direction because it is impossible to satisfy individual, egocentric desire nor even collective egocentric desire – there is such a thing. A better attitude would be, instead of getting angry with a reality that is limiting, to organize oneself within this reality, acknowledging that if what one knew is restricted, there is always the possibility to know new things and ways to interact with reality, which are not restricted.

If even reading the above angers you because it is a real alternative and possibility, understand that you are already restricted by yourselves, as you prefer to be angry and restricted to the possibility of trying something different. Your reasons are your own and naturally it is your right to do so. A middle ground might be to get angry but channel it, take all this fury and put it in something different and creative. Although on the personal level this frustration and explosiveness may seem insignificant, on the collective level it is shaping the environment within which we live. We are burning our emotional oxygen further weakening ourselves.

On November 29 2020, Neptune in Pisces who is the catalyst for the evolution of the pandemic and its dispersal rate, turns direct. This energy is closely related with the emotional attachment to illusion, to expectations and phantasies and is working for their dissolution. It drives an emotional expansion which will allow each one of us to tolerate and comprehend that which is different, and to take ourselves and our opinions a little less seriously, even when they concern crucial issues. Neptune has been retrograde since the beginning of the summer. Its retrograde period allows the preservation of phantasies, illusions, unfounded expectations and sentimentalism that promote discrimination and make everyone feel a little bit better and more important because they “belong” somewhere.

Any manner of fanaticism, fake news, conspiracy theories and stories of the promised land without any effort, as well as the ability to buy into our own lies and generally to face the unreal as real and the opposite, are fueled when this energy is, let’s say, on a break. Still, there is no goodness, humanity, worthiness, love and tenderness when it concerns a select few or only whomever agrees with us. These are vitamins for selfishness and an excuse for malice toward the many.

This energy concerns the underlying unity and in its contact with humanity it took, among others, the form of a pandemic. “Unity” has been in the to do list over summer (and over the previous ten years that Neptune has been in Pisces, as well as over the previous 2000 years that in the greater zodiac, Earth has been closely linked with the constellation of Pisces) but there is still time for progress.

However, the outburst of fanaticism is creating unrest and conflict. Nevertheless, because it is an impersonal energy, one way or another, it is driving us closer to the realization of our closeness. Simply, it is preferable that this process unfolds smoothly and collectively, and we have a say in this. Every day, with our stance, we choose the outcome that will be expressed.

On January 14 2021, when Uranus in Taurus also begins its direct motion, is the point to which phrases such as “alea iacta est”, “we have crossed the Rubicon” and other such cesarean stuff seem fitting, naturally only as regards the following period. It stands, because this is the last safety switch that needs to be lifted before what we, as humanity, have “prepared” in the second half of the year, may be expressed in the period immediately following. The brakes are released then and not now or in a month from now. Therefore, keep in mind that at present there is still the ability to create better channels and receptors for these energies and become maybe not a “ready” but a better “prepared” humanity.

Let not your mind wander to what others must do, this is an illusion of power where there is none. Let our mind wander to what the best course of action for us is, and mostly to a benevolent way to do it. These months had better not be months of undue rest or absolution of the unreasonable or expression of every malice, complex and vice with the excuse of a restrictive lockdown or a pandemic. These months are precisely the opposite, they are a period when the outcome to directly follow is “under construction”.

We matter. What we are thinking, feeling, and doing is of great importance. Understand it. We, as humanity, are observing ourselves in this story and we are doing so with greater clarity than ever. We may observe us with greater calmness, tolerance, kindness and good will. It is hard, but please don’t tell me it is easy to be angry, disappointed, frustrated, hopeless and with a false sense that we can do nothing 24/7, because our movements, work, contacts, and resources have been limited. So long as one exists, one has the potential for action. There is potential for action outside of what we have learned. It may not be what he have dreamed, or anticipated, or desired, or known but it is a real possibility. And these, once seized, have results.