The European Union and the incoming energies 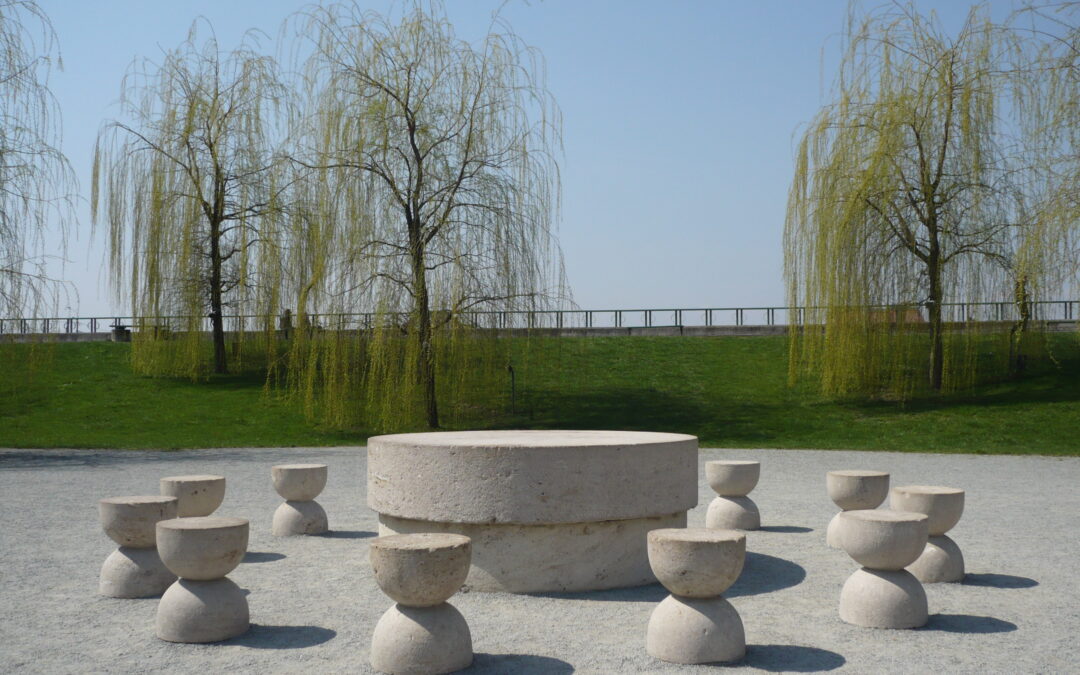 As Saturn is making its first passage, direct and retrograde, in Aquarius, it returns for the first time in the sign it had been during the establishment of the European Union, whose founding treaty, the treaty of Maastricht, was signed on November 1, 1993.

For a person, Saturn’s return to the position it was at birth symbolizes a coming of age, a corporeal, emotional and mental integration, so that the person may start participating in the collective life as an integrated unit. A similar procedure oversees the gradual integration of organizations also. However, in that scale, the first cycle concerns a partial maturation in terms of structure and organization, that is, of the form and its ability (or inability) to respond effectively to outer and inner processes.

Two of the issues that relate to Saturn’s transit are most significant: acknowledging the insufficiency of the current form of the EU on the one hand, and on the other hand realizing the necessity of a type of organization that will suffice for the role the Union has to play in its “environment”: the global political, social and economic scene.

Since Saturn is a planet whose energy is closely linked with shaping the outline of a mentality, and with the manner in which that, later shapes circumstances and occurrences, its return to the sign it was at EU’s birth, is expected to showcase both the strengths and weaknesses in the manner the dominant ideology of the Union is expressed through its organization and action. Anticipated phenomena will likely concern weaknesses of the present structure in accommodating conflict between different national visions as to how the EU could best operate, as well as its limitations in adequately reflecting the Union’s vision internationally.

Saturn’s position on the EU’s natal chart, surely underlines that the Union’s ideological orientation has clearly been towards the common benefit and common good, since its establishment. This has been proven – maybe immaturely, insufficiently and with many mistakes, – over the past decades.

The above is clear for the sum of the peoples constituting the Union, where there is a somewhat unclouded sight, so as to set aside the occasional crescendos of national interest, the personal feeling, the true unwillingness of EU nations to move collectively by changing their ways instead of continuously clashing, and naturally, if one takes into account the “maturational processes” which take much longer than three decades for an organism of this size.

Recent episodes are neither the last of the coming three years, nor do they guarantee or foretell the end of the Union, although they are certainly harbingers of critical years.

Pluto’s influence – dealing with the disintegration of inadequate forms of all sorts – is reaching a climax, as the planet’s transit in Capricorn, since its beginning at the end of the previous decade, has touched upon almost every aspect of the Union. The question it now brings to the fore is to what degree the team of leaders of EU nations is ready to acquiesce, emphatically and decisively, to a type of organization which will confirm that they are a Union, and do everything in their power in order to uphold and honour such a commitment. That would include setting aside power struggles and the logic of “profit” or of “force”. When I reference a logic of profit, I mean that this Union was formed to serve the wellbeing of the peoples who constitute it, not of one or some them, nor of some of their people, nor itself as a means of exercising pressure.

The difference between the two stances is great, even if sometimes the measures required in both cases may appear desperately similar to the people on whom they are applied. For example, Greece has undertaken a commitment in the context of EU, on the issue of migration. However in a context of true union policy and right relations, everything in the power of the other member-states should be done to facilitate Greece’s role. Despite the criticism on the manner Greece is handling the issue (and there is much room for criticism) it is worth remembering that a) the country is limited by preexistent and known problems (which I am not presently examining) b) the country accepted this role despite its limitations.

Moving on, the energy of Neptune in Pisces flows abundantly through the EU in 2019 and 2020 fulfilling its basic function, that of disillusionment. For these two years, this energy focuses on the issue of organizational innovation and practical vision that the EU aspired to introduce. In both cases its aspiration seems to have principally focused on the financial part but within the preexistent system and vision regarding what constitutes material wellbeing and mostly, what is its aim and the path by which one gets there. Although much has been declared regarding the wellbeing of nations, EU has failed to direct any financial and material success or force it amassed correctly, i.e. by putting it freely at the service of its parts that require rehabilitation – the issues in which each nation is lagging behind and represent obstacles to the Union’s balance – so as to ensure its overall balance and health.

The multiple gears within the EU have become more than explicitly clear these years, as has each nation’s reluctance to move on from a given rhythm or method which had proven beneficial or was familiar, even if by doing so, it burdened other parts of the Union. The fault for this situation lies with all the nations that comprise the EU, as all are aware of the meaning of “union”. It lies with those who are in the lead and have not cared to reduce their pace adequately and spare adequate resources. It also lies with those who have been left behind by refusing to accelerate substantially and to utilize meaningfully the resources they are receiving, but instead spend them on sustaining problematic methods.

In 2020, it would be beneficial to keep eyes and ears open to the demand for new ways of organization allowing the coordination of all members, as well as to a vision that will unify the localized national feeling, in order to make possible clear steps towards placing the material at the service of the spiritual [education, training, normal physiological development], because the health of the latter is the only final and undeniable guarantee of wellbeing, naturally, when and after basic needs are met.

The role of Jupiter in Capricorn is of particular interest as it essentially concerns the Union’s cohesion. Its energy can band drastically and rapidly the EU’s political leadership together, and enable a speedy revision of all that needs to be revised, always around the main axis of material use. Material resources should be used to soften the asymmetries between nations and their citizens. Alternatively, Jupiter’s energy could dramatically strengthen the greed and ambition of all involved, under the pressure of fear. Presently, things seem to be going in the latter direction. The question is whether political leadership will be able to take its rightful place and exercise leadership. The question is whether politics will be able to emerge from under the pressure of finance and business, in order to weigh correctly what is in the interest of all – not in the interest of the economy, but also in the interest of the economy.

Uranus will gradually become more active in the European play. On its influence, I have written elsewhere.

Maybe all these sound romantic or utopist, however the quality of the incoming energies is clear, as clear is also the role that the EU ought to play and the transitions it is undergoing. If everything leans toward fragmentation, separation, nationalism, and materialism, maybe the EU will not survive the three coming years. It is neither the most likely scenario, nor desirable. Moreover it does not concern leadership alone but also the people comprising the Union. The circumstances we are experiencing clarify what the fragmentation of the network of relationships (if only exoterically) which create our everyday life, means. Before we give in to nationalism and buzzwords about a possible weakening or downsizing of the Union, or about the separation of a nation, it would be good to keep in mind the analogy of the lockdown and how difficult it is in the end.

The waters will be turbulent for the EU for the next several years (not that they have been ideal in previous years), as well as for the nations comprising it. Although detachment may seem like a good idea, it is not. As in personal life, anything that is insurmountable for the unit is manageable for the group. In any case, the most decisive factor for the continuance of EU’s work will be the willingness of national leaderships, as well as of the majority of its nations’ population, to decide that they are indeed “together” and always. Not just when national or individual interests are serviced. And, naturally, to demonstrate so (persistently and over time) in a new form of organization and a vision that transcends national visions.

Albeit we are used to dealing with humanitarian and ecological ideals as distant theories, or discretionary reasonings of limited range which we keep to only when it is convenient, the only thing I can assure you of, is that in the coming years we will move – willingly and consciously or unwillingly and unconsciously – to bridge this theory and the practice of our life.

As you can already see, the incoming energies concern large groups and influence the life of humanity and of nations. The potential of these currents is massive, and the wise stance for the individual, for any one of us, is to realize our size and make wise choices as to the direction in which we invest our small and little energy. A wise choice, is anything that supports the “together” or at least does not hinder it. In this context, personal comfort has minimal meaning. On the level of nations and large groups within nations, it means that everyone cannot be pleased, since everyone is called upon to function outside their usual rhythm. All, will need to operate under pressure so as to prevent the Union web from rupturing. On our eagerness to do it, individually and collectively, depends whether we will be able to offer a form of adequate size and coherence to the incoming energies so that they may be distributed, say, safely. The other choice comes at a clearly greater cost, even if it temporarily seems as a “good idea”.